Serhiy Vlasenko: statement by prison service is a lie 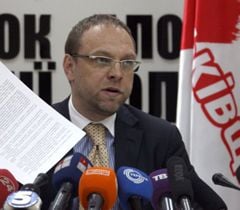 Lawyer Serhiy Vlasenko says the a recent statement made by the State Prison Service claiming that Yulia Tymoshenko is demanding treatment in Germany is a blatant lie and a provocation, according to the Official web site of Yulia Tymoshenko.

"Yulia Tymoshenko is demanding that the treatment be performed in strict compliance with the protocol of the German physicians, who in their medical report stated that such treatment is possible only in a specialized clinic outside the prison," said Serhiy Vlasenko.

The ex-premier’s defender pointed out that the German doctors noted the chronic and complex nature of the diagnosis made following their examination of Yulia Tymoshenko.

"The prison service is again spreading lies and engaging in provocation," he stressed.