Yefremov knows what opposition to do tomorrow

O. Yefremov states that opposition lawmakers were given an order to block a work of the VR tomorrow. 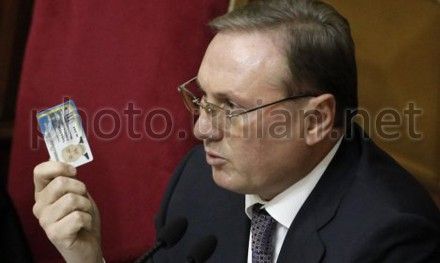 Leader of the Party of Regions Oleksandr Yefremov states that opposition lawmakers were given an order to block a work of the Verkhovna Rada of Ukraine tomorrow.

According to an UNIAN correspondent, he said this at sitting of the Conciliatory Council of the leaders of the factions and chairman of the committees of the parliament.

According to the words of the head of the Party of Regions faction, “lawmakers from opposition today, when they were in train, have already received an order that they will block a work of the parliament today”. “A today it is just a circus for press. People do not want to work”, - he said.

At the same time O. Yefremov said that he can name surnames of opposition lawmakers, who were given such orders. However, he did not specify, who gave orders and names of lawmakers.