Secretary of the National Security and Defense Council of Ukraine (NSDC) Andriy Klyuev is sure that Ukraine will fulfill...

Secretary of the National Security and Defense Council of Ukraine (NSDC) Andriy Klyuev is sure that Ukraine will fulfill all terms necessary for signing of Agreement on association with the EU. 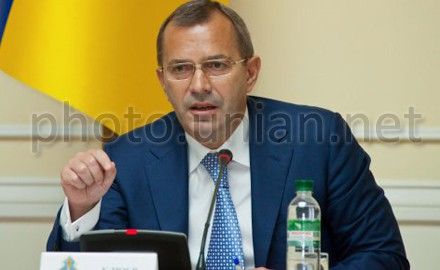 Andriy Klyuev was in Brussels

It is said in the report given to UNIAN by the press service of A. Klyuev as a result of his visit to Brussels.

He said that this issue became an issue of discussion with the European partners, including European Commissioner for Enlargement and European Neighbourhood Policy Štefan Füle.

“Four out of ten laws have already been adopted, two of which were adopted in the first reading. I hope that when the parliament comes back from May holidays, all other legislation will also be adopted. I am sure that 71 items will be fulfilled”, assured A. Kluev.

Speaking about the meeting with European Commissioner for Trade Karel De Gucht, the Secretary of the NSDC said that the sides have reached arrangements that a group of experts from the groups of WTO under leadership of Andriy Honcharuk will be sent to Brussels after May holidays for solving problem issues.