4 out of 42 hospitalized people, who got injuries during the clashes at Hrushevskogo Street in the center of Kyiv at night, are in  critical condition. 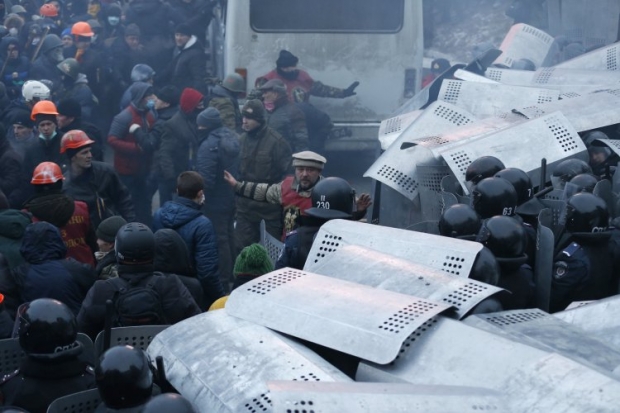 Many people got injuries during clashes

According to an UNIAN correspondent, director of Health Department of KCSA Vitaliy Mokharev said this at press conference.

According to the words of Mokharev, it was a situation at 9.00 am and he has not received new information yet. There are two journalists among the injured people – from “Izvestia” newspaper and Radio Svoboda. According to the head of the department, they were hospitalized to Aleksandrovska central hospital.

According to the words of Mokharev, no complaints were registered in toxicological department of hospital.

Age of injured people varies from 17 up to 59 years. Primarily, these people are Kyiv citizens, but there are also people from the regions, both from Eastern an Western regions. Mokharev said that 15 brigades of ambulance were working at night. They were working in tense regime, but fully fulfilled their duties.

The head of the department said that brigades and hospitals have all necessary medicines.

It was noted at press conference that 103 complaints were registered in brigades of ambulance as of 9.00 am.