Militia officers stirred up their actions, pelting protesters with stones at Hrushevskogo Street. 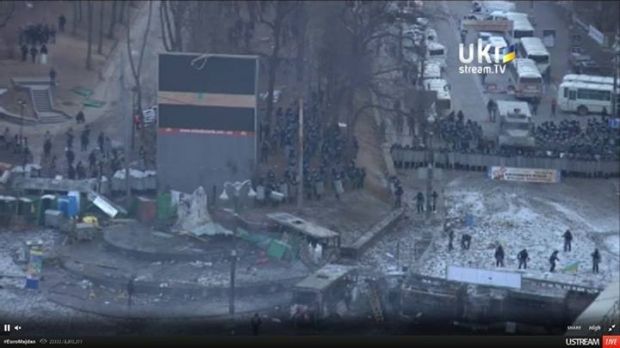 According to an UNIAN correspondent, some dozens of special squad soldiers are actively pelting the protesters with stones. Militia officers keep on using “Molotov cocktails”, in particular, a jacket of one of the protesters was in fire, but they extinguished it immediately.

Now the special squad soldiers succeeded in coming directly to the barricades, from which they keep on pelting the protesters with sound bombs, teargas grenades and stones.