As of 14.00 pm the situation at Hrushevskogo Street in the center of the capital remains quiet: either protesters or law-enforcement officers did not carry out active actions. 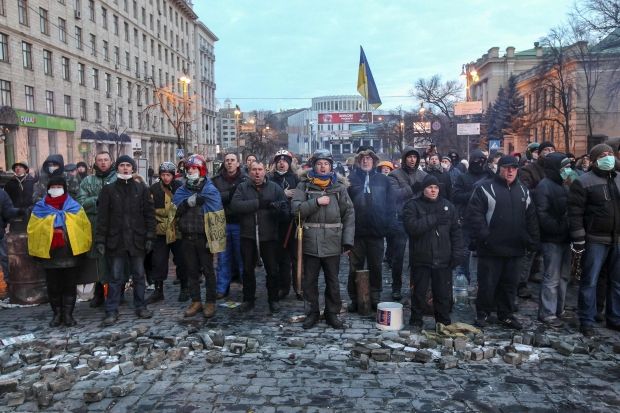 According to an UNIAN correspondent, a scheduled rotation of fighters of the Berkut special subdivision is carried out, however, the number of them did not change.

Priests continue carrying out of a service between protesters and or law-enforcement officers, a part of the protesters came out of the barricades and they are communicating with soldiers of the Interior Troops of the Interior Ministry, who are standing in the first rows of cordons of militia.

Protesters are also cleaning the territory near Dynamo stadium.

Many protesters are preparing for possible clashes, in particular, they are putting stones in piles.