Opposition withdraws from negotiations with authorities – decision of Maidan

Maidan voted for withdrawal of opposition from the negotiations with authorities. 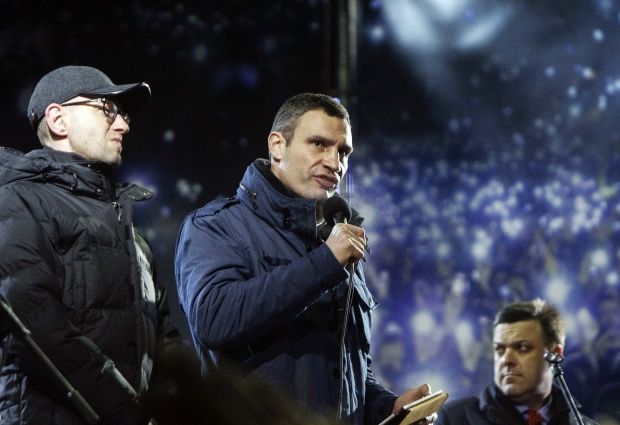 According to an UNIAN correspondent, this decision was made when leader of the Svoboda All-Ukrainian Union Oleh Tyagnybok did not manage to persuade Maidan to agree on terms of authorities and to stop blocking the governmental quarter.

“If you give us a mandate to carry out further negotiations, we will carry out it tomorrow. If you tell that there is no need in negotiations, we will not go to negotiations and we will take the next decisive steps”, said Tyagnybok. “Correspondingly,  if we do not agree, repressions from the side of authorities continue. What decision do we make?”, - added he, having put this issue on voting.

The majority of people voted for the second variant.

After that Tyagnybok agreed with the decision of the Maidan, however he noted that the confrontation should continue under conditions of discipline and one center of making decisions.