Citizens of foreign states, who are wanted by international police, are taking part at Maidan. 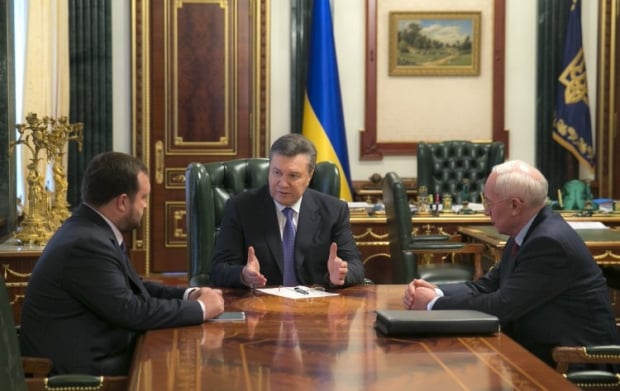 Yanukovych assures that citizens of foreign states, who are wanted by international police, are taking part at Maidan

According to an UNIAN correspondent, he said during the meeting with representatives of priesthood, who are in Council of churches.

“Radical events started and not only Ukrainians but also many people from other countries, who took part in different regional conflicts, who are wanted by international police, are involved in it. They are hiding in the seized buildings”, - said Yanukovcyh.

He also underlined that he found out that there are weapons in these seized buildings.

“Many radicals, criminal bosses arrived, among those, who were detained, - we have not publicized this information yet. That is why it is necessary to separate a peaceful Maidan from radical Maidan that threatens all Ukraine and all citizens”, - said the President.