On Friday, when the law on amnesty was out, veterans of Afghanistan and “Right Sector” came to an agreement with head of the Security Service of Ukraine (the SBU) Oleksandr Yakimenko and first deputy Interior Minister of Ukraine Victor Dubovik concerning release of detained activists. 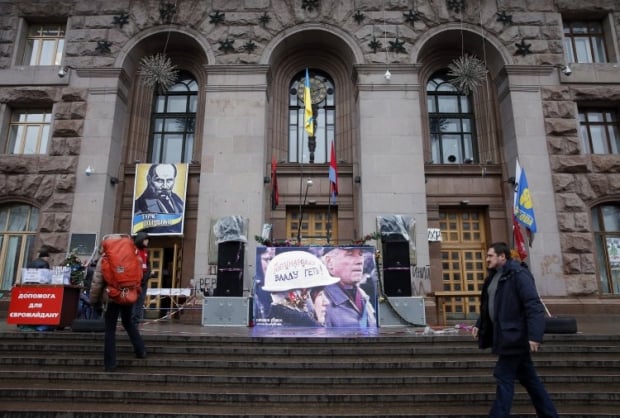 After release of activists of Maidan they promise to unblock KCSA

According to an UNIAN correspondent, representative of veterans of Afghanistan Oleh Mikhnyuk said this at press conference in the Ukrainian House in Kyiv.

He said that as of today 112 detained activists have been already released. According to his words, veterans of Afghanistan and “Right Sector” expect a release of  116 detained activists on Friday, February 7, after that they promise to unblock KCSA and Hrushevskogo Street.