Chairman of the Political Council of the Batkivshchyna All-Ukrainian Union and the Batkivshchyna faction Arseniy Yatsenyuk together with opposition partners – leader of the UDAR faction Vitaliy Klitschko and leader of the Svoboda All-Ukrainian Union Oleh Tyagnybok held a meeting with High Representative of the Union for Foreign Affairs and Security Policy Catherine Ashton late in the evening yesterday. 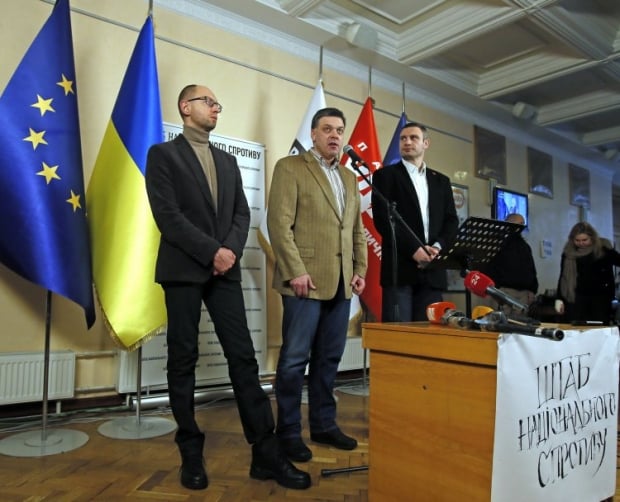 The press service of the Batkivshchyna disclosed this to UNIAN.

“Before the meeting of Catherine Ashton with President Yanukovych opposition leaders informed the High Representative of the Union for Foreign Affairs and Security Policy about the situation in Ukraine, in particular, about the negotiation process concerning settlement of the social-political crisis”, - it is said in the report.

The parties agreed to continue communication with Ashton after her meeting with President Victor Yanukovych.