European Commissioner for Enlargement and European Neighbourhood Policy Štefan Füle and leaders of the Ukrainian opposition Vitaliy Klitschko, Arseniy Yatsenyuk and Oleh Tyagnybok discussed an issue of solving of the political and economic crisis, which Ukraine faces. 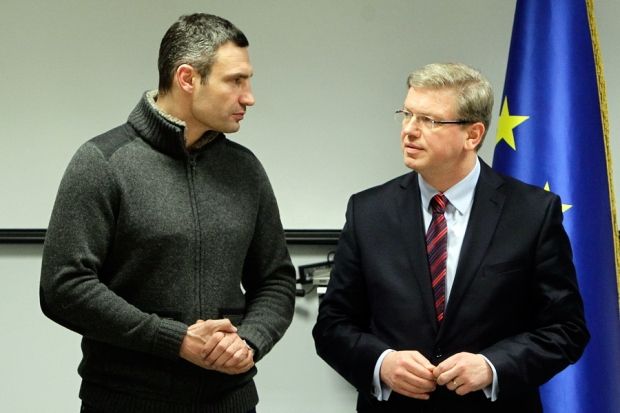 The press service of the UDAR disclosed this to UNIAN. (Füle arrived in Kyiv on February 11 – UNIAN).

Leader of the UDAR Klitschko noted after the meeting with  Füle, that “before negotiations with the President, the European Commissioner wanted to know once more an opinion of the opposition concerning the variants of solving the crisis and put key accents for finding a compromise”. “Not only with opposition, but also with those people, who came out to the street in order changes take place in the country”, he added.

After the meeting with Füle, in his turn Yatsenyuk noted that Europe is ready to render overall support to Ukraine and everything depends on whether Yanukovych is ready to make corresponding decisions.