The Foreign Ministry of Ukraine states that at the territory of Crimea Russia prepares provocations with participation of people disguised in outfit of the Ukrainian soldiers. 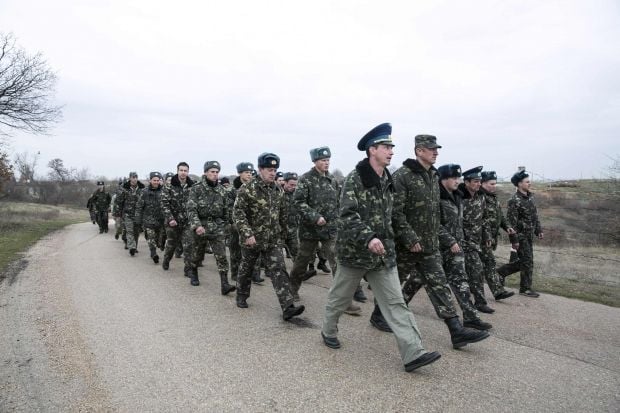 According to an UNIAN correspondent, director of Information Policy Department of the Foreign Ministry of Ukraine Yevgeniy Perebiynis said this at press conference.

According to his words, there is operative information that the Russian side prepares provocations at the territory of Crimea.

“Provocations planned to be carried out by people, who are disguised in outfit of Ukrainian soldiers. Due this fact and with a goal to anticipate such provocations we state that all military men of the Armed Forces of Ukraine are at garrison locations and bear no relationship to these actions”, - said Perebiynis.