Yatsenyuk to hold meetings with representatives of Congress, IMF and World Bank during his visit to USA on March 12-14

Prime Minister of Ukraine Arseniy Yatsenyuk will pay a visit to the United States of America on March 12-14, where besides the meeting with President of the USA Barack Obama, he will also meet with representatives of the Congress, International Monetary Fund and the World Bank. 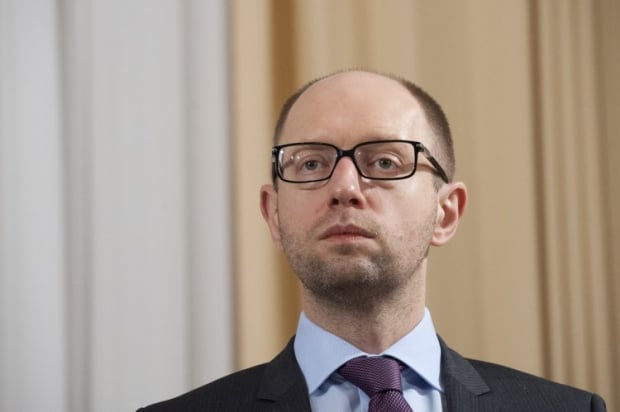 Yatsenyuk to hold meetings of Congress, IMF and World Bank during his visit to USA on March 12-14

According to an UNIAN correspondent, Director of Information Policy Department of the Foreign Ministry of Ukraine Yevgeniy Perebiynis said this at press conference.

According to his words, acting Foreign Minister of Ukraine Andriy Deshchytsia will accompany Yatsenyuk during his visit.

Perebiynis said that a readiness of  U.S. President Barack Obama to hold a meeting with the head of the Ukrainian government on March 12, 2014  is confirmed.

“President Barack Obama and Prime Minister Arseniy Yatsenyuk will discuss ways of settlement of the situation in Crimea and issues of economic support and preparation for the presidential election in Ukraine”, he said.

According to the words of Perebiynis, the Ukrainian delegation will also hold meetings with representatives of the Congress, IMF and World Bank in Washington.

Moreover, it is planned that Yatsenyuk will visit the headquarters of the UN in New York on March 13.

According to the words of Perebiynis, participation of Yatsenyuk in open sitting of the Security Council of the UN concerning the situation in Ukraine, which it is planned to convene at request of Ukraine, is elaborated.

According to the words of Perebiynis, the program of the visit of Yatsenyuk in New York stipulates his meeting with UN Secretary General Ban Ki-moon.