According to information of “Information Resistance” group, now the personnel of the 36th brigade are warehousing the arms. 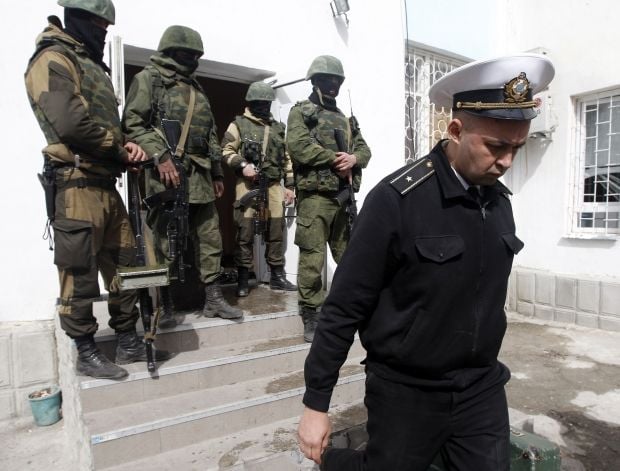 Ukrainian military men stop resistance to the occupants in Perevalne.

Head of the Military-Political Researches Center Dmytro Tymchuk said this on his page on Facebook.

“According to operative data of “Information Resistance” group, the Ukrainian 36th brigade (Perevalne) stops resistance to the occupants”, - he wrote.

“Now the personnel of the 36th brigade are warehousing the arms. Then Ukrainian military men will make a decision – whether to swear fealty to the occupants or to resign from army, or evacuate to continent”, - noted Tymchuk.