RF’s ultimatum to seamen expires today: to betray Ukraine or to leave Crimea

A term of ultimatum, which separatists announced to the Ukrainian military men, expires today. 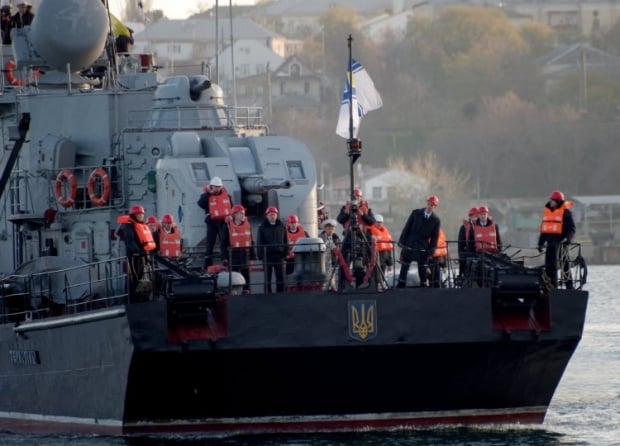 RF’s ultimatum to seamen expires today: to betray Ukraine or to leave Crimea/REUTERS

As it was reported earlier, three variants were suggested to military men: to swear to Russia or to get Russian passports and stay in the peninsula as civilians or to get UAH 4 thousand and to leave Crimea forever, Radio Svoboda reports.

Moreover, military men suppose that a force variant is also possible. Seamen are waiting for instructions from the Defense Ministry, which representative keep silent now.