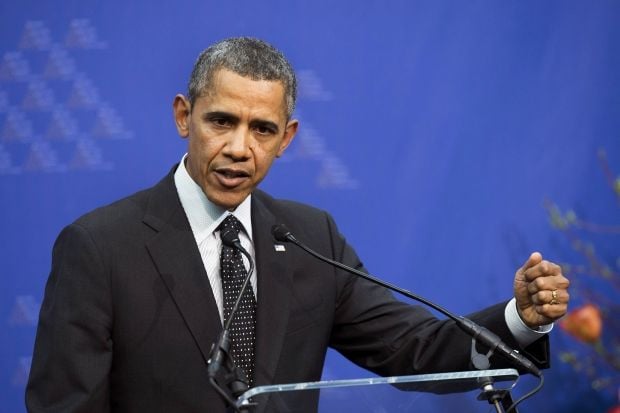 “Speaking about the sanctions, now we have seen an excellent coordination between the U.S. and Europe. On both sides of the Atlantic there is a recognition of the fact that during the first invasion into Crimea we had to take concrete steps , and we have identified a list of persons who were responsible for this intrusion. When the Russian government took steps on annexation of Crimea after the referendum that no one outside Russia does not take seriously , we have tightened the sanctions in coordination ( with the EU ), "- Obama said.According to an own UNIAN correspondent in Brussels, Obama said this at press conference after the USA-EU Summit.