Ukraine to withdraw about 70 ships from Crimea

According to the words of the deputy Chief of Staff of the Administration of President, many ships were damaged during confrontation in Crimea. 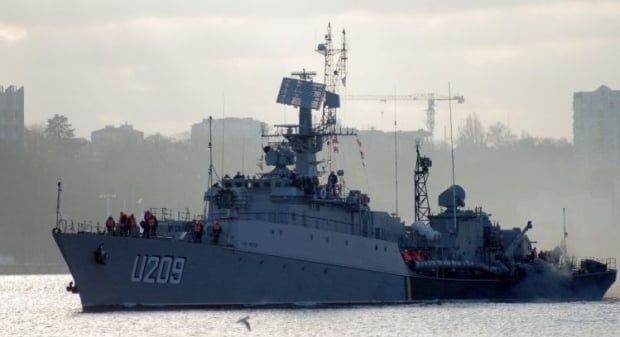 Ukraine to withdraw about 70 ships from Crimea

Ukraine will withdraw about 70 ships from Crimea. It is planned to return “Ternopol” corvette firstly.

According to an UNIAN correspondent, deputy Chief of Staff of the Administration of President, lawmaker of Ukraine Andriy Senchenko said this. He takes part from the Ukrainian side in talks with the Russian side, including on issues concerning redeployment of the Ukrainian soldiers from the territory of Crimea

According to his words, in total it is necessary to withdraw 70 ships from Crimea.

The first ship, which is being prepared for redeployment, - “Ternopol” corvette, after that they plan to withdraw “Kirovograd” ship.