Now there are five airborne fighting vehicles under Russian flags at Orjonikidze Street in Kramatorsk, probably, a part of them belongs to Ukrainian military men. 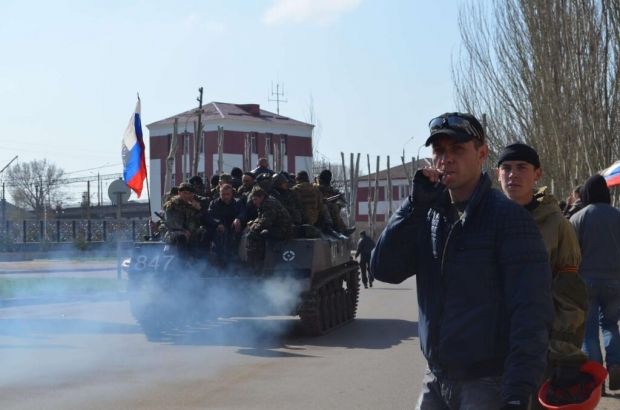 They are moving from Staryi gorod (Old Town) in the direction of Slavyansk. It is known that soldiers are accompanying the tanks.