Militia take City Council of Mariupol under its control-Avakov

Interior Minister of Ukraine Arsen Avakov states that militia took the City Council of Mariupol, which was controlled by separatists recently, under its control. 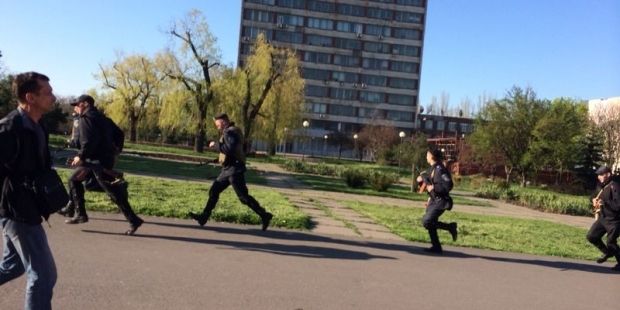 Militia take City Council of Mariupol under its control-Avakov/ 0629.com.ua

“Mayor's office is vacated. A role of civil activists is high. The Interior Ministry arranges a process of normal functioning. Now bomb-disposal experts are inspecting the building. The City Council will be under guard. The mayor is in the building”, - said Avakov.

He also said that there were no victims.

“A process of normalization of the situation in the city will be continued”, - said Avakov.