Terrorists arm themselves with grenade launchers on roadblocks – Tymchuk

Separatists strengthened a guard of the roadblocks and armed themselves with grenade launchers. 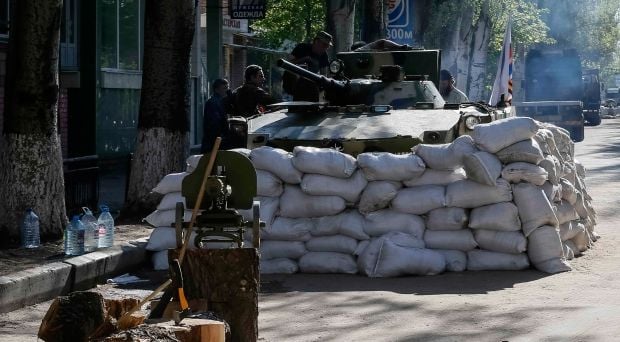 Terrorists arm themselves with grenade launchers on roadblocks – Tymchuk/ REUTERS

Coordinator of Information Resistance group Dmytro Tymchuk said this on his Facebook page.

According to his words, a single-round burst of submachine-gun fire in direction of the Ukrainian troops was registered in the district of Kramatorsk airfield.

In a whole, according to his words, night in the district of the ATO passed calmly.