Avakov carries uniform for “Omega” in Slaviansk by plane (photo) 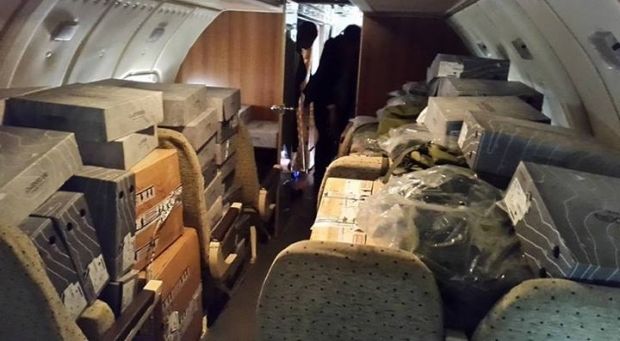 “We are flying with officers to the zone of ATO by transport plane (An-26) near Slaviansk. We are carrying new uniform and protection means for “Omega” officers. It is good when Prime Minister helps and participates personally. Everything turns out well faster”, - Interior Minister of Ukraine Arsen Avakov wrote this on his Facebook page.