Barroso welcomes Poroshenko's willingness to engage in dialogue with Russia 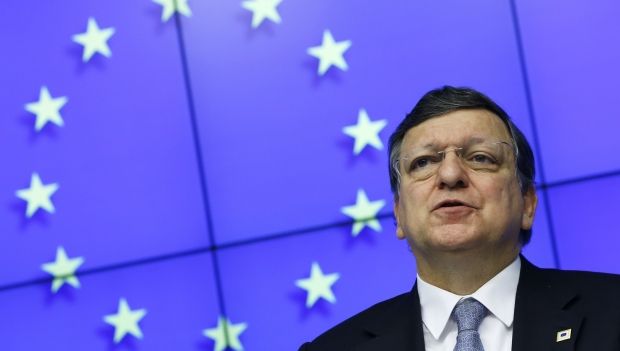 It was said during their telephone talk, the press service of the European Commission reports.

“Barroso spoke with Petro Poroshenko (whom he had previously met in Strasbourg on 12 March) on the phone to congratulate him on the results of the Presidential elections in Ukraine”, - it is said in the report.

José Manuel Barroso "praised the high turnout and the fact that the elections took place largely in line with international standards". President of the European Commission José Manuel Barroso "reiterated the EU's commitment to support Ukraine and recalled the concrete action taken so far".

“Furthermore, he underlined the importance of constitutional reform and welcomed Petro Poroshenko's willingness to engage in dialogue with Russia”, - it is noted in the report.

It is also said in the report that: “The President also called Prime Minister Yatseniuk to congratulate him on the orderly and successful conduct of the elections in challenging circumstances. He reiterated the Commission's readiness to assist the Ukrainian authorities in implementing the European agenda for reforms. He also recalled the Commission's commitment to work with both Ukraine and Russia to achieve a solution on the issue of supply and transit of gas”.