Armed terrorists are trying to occupy a separate subdivision of the National Guard of Ukraine dislocated in Oleksandrovsk of the Luhansk Oblast. 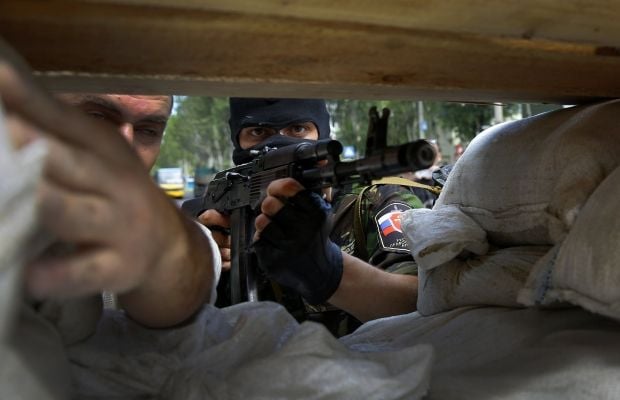 Terrorists armed with guns, machineguns and grenade launchers, on 8 KamAZs (trucks)  encircled a separate subdivision of the National Guard of Ukraine at 16.30 pm and are trying to occupy it.

The press service of the National Guard disclosed to UNIAN that the Ukrainian soldiers are putting up resistance. A violent fighting is taking place right now.