KCTEC gets data from almost 90% of protocols of capital elections: Klitschko gets 56.48% of votes, UDAR gets 39.66% of votes

In Kyiv, according to data of processed protocols from 971 polling stations, Vitaliy Klitschko remains winner for the post of Kyiv Mayor, he gets 56.48% of votes. 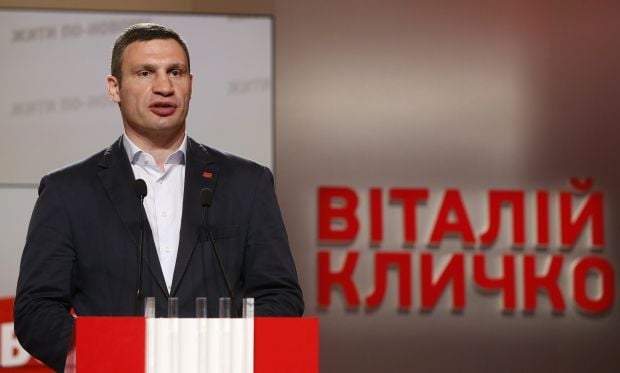 KCTEC gets data from almost 90% of protocols of capital elections: Klitschko gets 56.48% of votes, UDAR gets 39.66% of votes/ REUTERS

According to an UNIAN correspondent, Kyiv territorial election commission publicized updated data of 89.9% of protocols, which were received as of 10.50 am.

According to updated information, candidate for post of Kyiv Mayor Lesya Orobets got 8,48% of votes, Volodymyr Bondarenko got 7,87% of votes, Oleksandr Omelchenko got  7,49% of votes, Mykola Katerynchuk got 5,13%.

According to data of protocols from 973 polling stations, 8 parties win at elections of lawmakers of Kyiv Council (on party lists).