Spokesman for ATO: Luhansk ATO was blown up on inside

An explosion took place inside the building of Luhansk Oblast State Administration (OSA). There was no firing  from outside, spokesman for antiterrorist operation (ATO) Oleksiy Dmitrashevskyi said this. 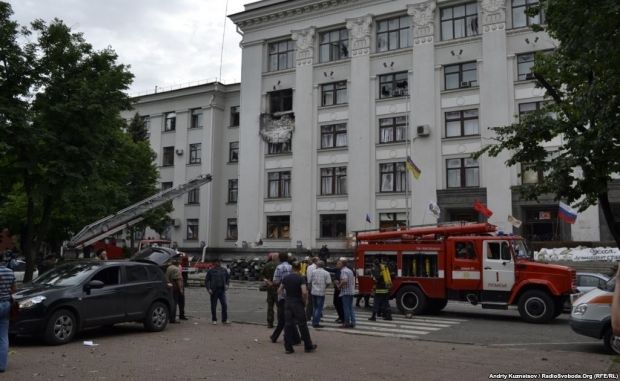 Spokesman for ATO: Luhansk ATO was blown up on inside / Radio Svoboda

“The most probable reason of the explosion was careless and unqualified usage of guns and explosives”, - he said.

According to the words of Oleksiy Dmitrashevskyi, there was no firing from outside the building, much less – from the aircraft.

Correspondent of Radio Svoboda says that the building of the OSA in Luhansk has considerable damages.