An active phase of antiterrorist operation in the Donetsk Oblast continues, more than 300 fighters have been eliminated. 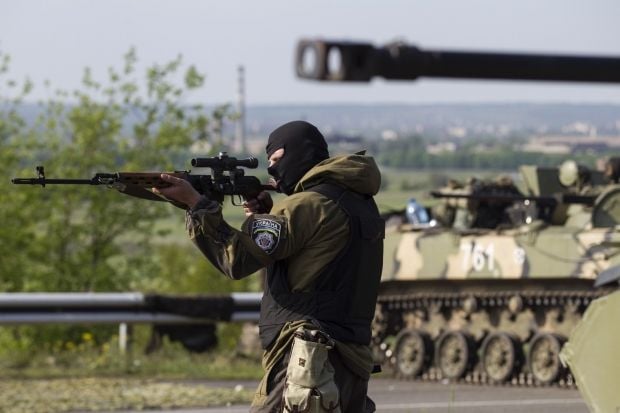 According to an UNIAN correspondent, speaker of the ATO Vladyslav Seleznev said this on the phone for participants of press conference in Kyiv.

“ATO continues in a zone of disposition of forces of antiterrorist operation, means and forces, which are to ensure peace and security in the region are involved in it…As of now an active phase of ATO continues, it takes place in some regions, in particular, an active phase continues in the regions of Krasnyi Liman and Semenovka… Forces of fighters are melting, there is a preliminary information that 300 fighters have been eliminated in a result of actions of forces of antiterrorist operation”, - said Seleznev.