A TV tower, which was under control of Ukrainian soldiers, fell near Slaviansk, in the Donetsk Oblast, on Karachun Mountain. 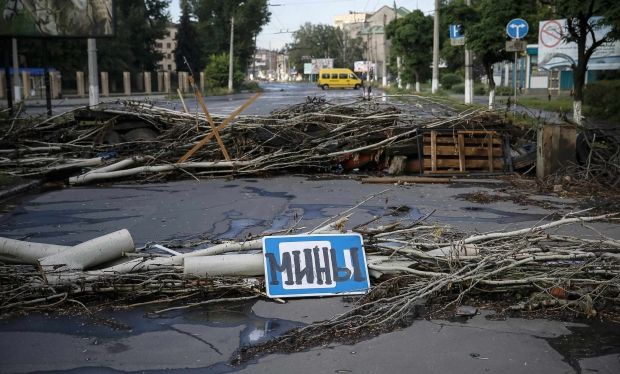 According to TSN, the construction, a height of which is 222 meters, was destroyed during a firing of terrorists.

Nobody got injuries during falling of the tower. The falling moment resembled some kind of a light earthquake.