Russia forms military base near Simferopol on training of infiltrators – NSDC

Russia forms a military base near Simferopol on training of infiltrators for carrying out of terrorist activity in mainland Ukraine. 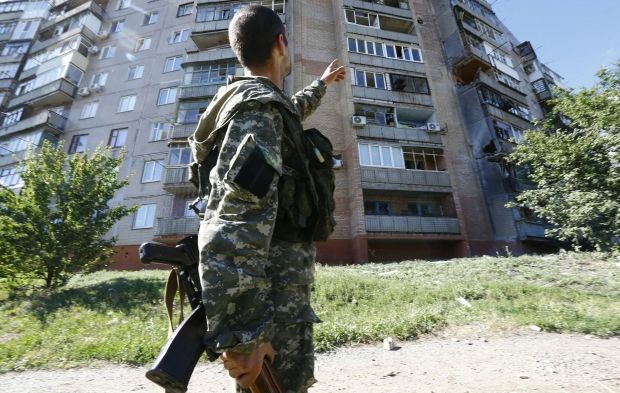 According to an UNIAN correspondent, Speaker of the Information Center of the NSDC Andriy Lysenko said this at press conference.

“A full-scale campaign on support of terrorist movements in eastern regions of Ukraine with a relevant organization of mass actions, fundraising and other kinds of help to fighters continues at the territory of the RF with a help of parliamentary and political forces, non-governmental organizations”, - he noted.

Lysenko noted that “the Russian side keeps on using the territory of Crimea for recruitment of mercenaries, their training, armament and transfer to east of Ukraine”.

“With this goal a military base for training of infiltrators is being formed near Simferopol for carrying out of the terrorist activity in mainland Ukraine”, - added Speaker.