Terrorists fire at ATO positions from tanks, mortars and “Grad” at night

Terrorists fired at ATO positions from tanks, mortars and “Grad” at night. 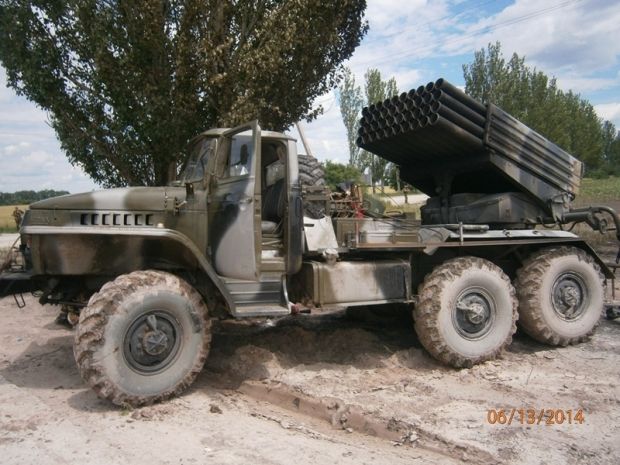 In particular, a roadblock of the ATO forces in the Luhansk Oblast from under firing BM-21 “Grad”.

Ukrainian military men did not get injuries during the firing.

Two tanks of terrorists fired at the roadblock of the ATO in the Donetsk Oblast.

2 units of armoured vehicles got damages, information about losses of personnel is being specified.

The positions of ATO forces in “Luhansk” airport and airport near Kramatorsk city were also under firing from mortars.

There are no losses among Ukrainian soldiers.