Terrorists fire from “Grad” at residential quarters of Luhansk – IM

Terrorists fired from “Grad” at residential quarters of Luhansk. 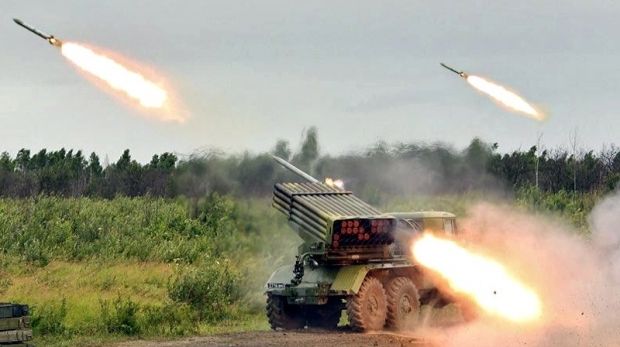 The press service of the Interior Ministry disclosed this to UNIAN.

“Kalifan” café, “Mirnyi” market and private sector at Rudneva Square are destroyed. A number of casualties among civilians are being specified”, the press service cities the words of councilor of the Interior Ministry of Ukraine Anton Herashchenko.

According to his words, terrorists started air attacks at 18.30 pm from “Grad” at residential districts of Luhansk – Mirnyi, Olkhovakyi and stepnoy. After that Russian mass media representatives appeared in the thick of the events and they started recording ruins, noted Herashchenko.

At the same time civilians also started gathering in the thick of the events, they saw that missiles appeared from the side of the side, which is under control of LPR, he stressed.

At the same time, according to the words of Herashchenko, terrorists took measures to disperse peaceful residents so that they do not interfere in shooting process of the Russian television channels with comments that it were ATO forces, who committed attacks.

The press service noted that Luhansk taxi drivers saw and reported on the fact that it were terrorists, who carried out attacks on residential area of Luhansk.