The NSDC notes that the pilot baled out and evacuated to a safe place. 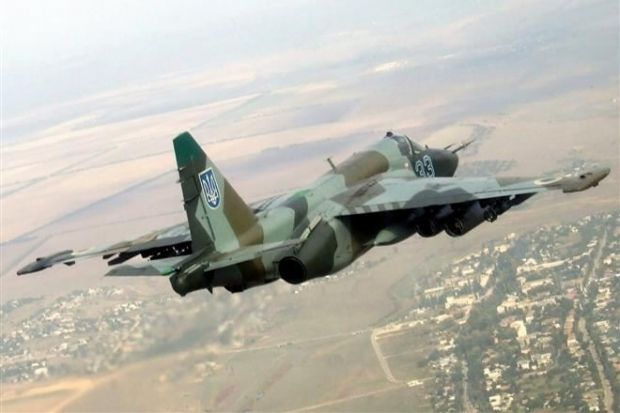 Photo of the press service of the Defense Ministry

Military aircraft of the Armed Forces of the RF shot down Ukrainian Su-25, which fulfilled tasks at territory of Ukraine.

According to an UNIAN correspondent, Spokesman for Information Center of the NSDC Andriy Lysenko said this at press conference in Kyiv.

“Our plane was shot down, the pilot baled out and evacuated to a safe place”, - said the Spokesman of the NSDC.