121 bodies of perished people were found at place of downing of passenger airplane of Malaysian airlines Boeing-777 in Shakhtarskyi region of the Donetsk Oblast. 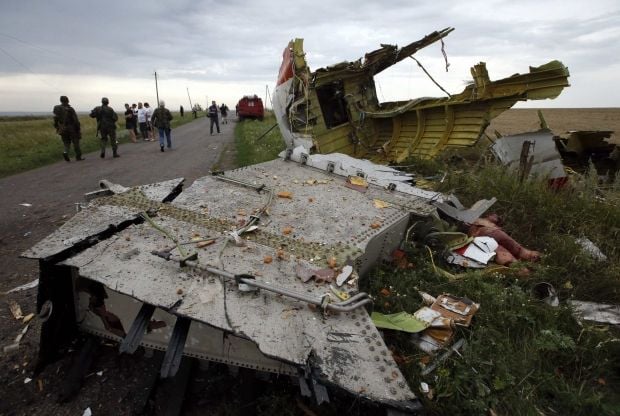 According to the State Emergency Service, there were 298 people, including crew members on board of the airplane, which disappeared from radars at 16.20 pm during the flight at flight level of 10 thousand 100 m.

Subdivisions of the State Emergency Service found burning debris of the airplane between Rassypnoe  and Grabovoe settlements of in Shakhtarskyi region at 17.15 pm.

They extinguished a fire at 17.40 pm and started searching of perished bodies.

Searching works are complicated by presence of armed terrorists, who impede a work of the subdivisions of the State Emergency Service.

As of today, 7.00 am the bodies of 121 perished people were found at the place of downing of the airplane.