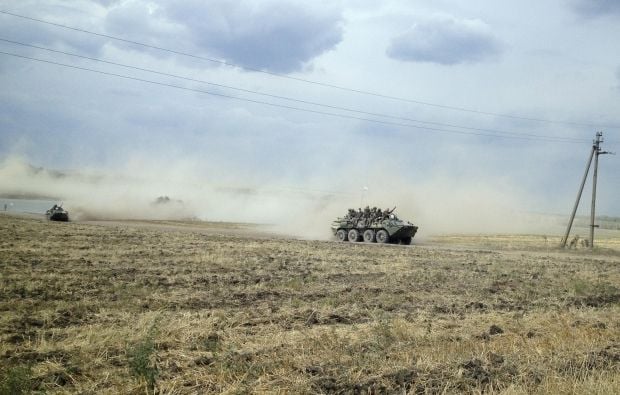 Lysenko  said that yesterday near the village of Uspenka (Donetsk region) the Ukrainian military spotted about 30 pieces of military equipment entering Ukraine.  He said their future movements would be monitored by the Ukrainian armed forces.

Lysenko also said that over the past two days about 40 buses of mercenaries had entered Ukraine from Russia. He said the mercenaries had undergone military training in field camps near Rostov-on-Don run by the GRU, the foreign military intelligence service of the Russian Armed Forces.

As UNIAN reported earlier, according to the National Security and Defense Council, Russia is replacing its regular troops  in eastern Ukraine with militants trained in military camps in Russia to fight for the self-proclaimed Donetsk and Luhansk people’s republics. 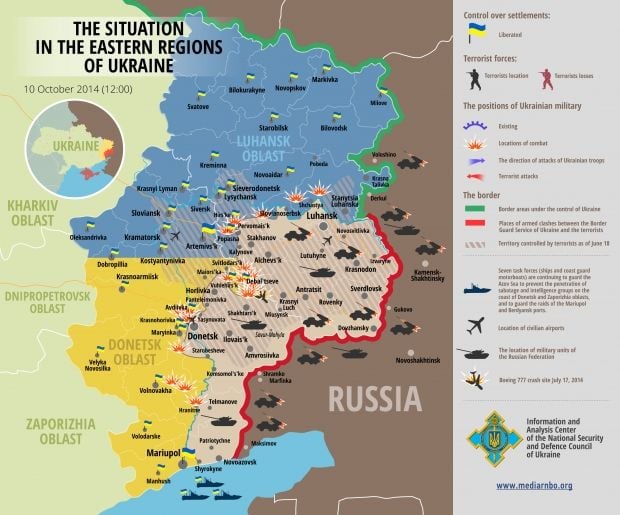 Situation in the ATO zone on October 10 / NSDC
If you see a spelling error on our site, select it and press Ctrl+Enter