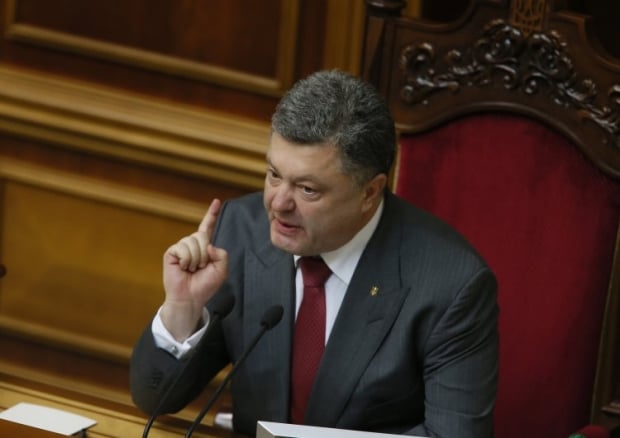 "This morning I had talks with the leaders of two of our very important partners, during which I confirmed that we would take delivery of new intelligence-gathering technology, which will significantly increase the effectiveness of the country’s armed forces of Ukraine," Poroshenko said, according to an UNIAN correspondent.

However, the president also noted that there were certain types of precision weapons needed by Ukraine that the country could “only dream of obtaining” at the moment.

"It will be the task of the new minister of defense to establish such good cooperation, such effectiveness in our army, that we will be able to ask for [such weapons]," said the president.