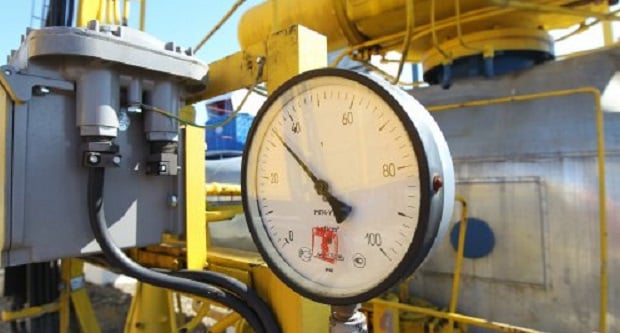 The EBRD and the IFC have expressed willingness to develop cooperation with Ukraine to finance gas purchases by Ukrainian join-stock company Naftogaz, as well as the modernization of Ukraine’s gas transport system.

Agreements to that effect were reached at meetings between WB and IMF representatives and a Ukrainian delegation chaired by Finance Minister Oleksandr Shlapak and Governor of the National Bank of Ukraine Valeria Gontareva, the press-service of Ukraine’s Ministry of Finance told UNIAN.

At the meetings, special attention was paid to discussing the most effective financial instruments for the purchase of additional natural gas, the press-service said. It said the negotiations with the EBRD and the IFC were very productive.

The management of both institutions expressed willingness to develop cooperation with Ukraine by providing trade financing for natural gas purchases by Naftogaz and the modernization of gas transport facilities. Apart from that, the EBRD and the IFC said they were prepared to participate in preparations for, and the privatization of, Ukrainian state-owned enterprises and banks, inject capital into banks, and provide financing to rebuild infrastructure in eastern Ukraine.

The IFC also suggested making a joint effort to get ready for the sowing season, and to enhance the energy efficiency and modernize natural gas extraction equipment, the press-service of the Ministry of Finance said. It also said the cooperation’s special focus was on financing the projects of Ukraine’s local governments.

UNIAN reference information: The EBRD is one of the largest financial investors in Ukraine. As of 1 July 2014, it extended a total of EUR 9.2 billion or USD 12.3 billion in loans as part of 329 projects. In May, the bank said it was planning to invest EUR 1 billion in the Ukrainian economy every year. In March, the EBRD said it was prepared to lend EUR 5 billion to Ukraine until 2020 as part of an international financial assistance initiative aimed at supporting structural adjustments and macroeconomic reforms. The bank also said that, given favorable economic conditions, it could provide a larger loan.

A part of the WB group, the IFC has had a presence in Ukraine since the early 1990s. The IFC has invested about USD 3.2 billion in 92 projects in Ukraine. In 2014, the corporation is planning to invest about USD 471 million in Ukrainian projects.

In August 2014, the Ukrainian parliament adopted a law to reform the management of Ukraine’s gas transport system. It envisages establishing a special managing entity and selling 49% of the system’s shares to USA and EU investors.