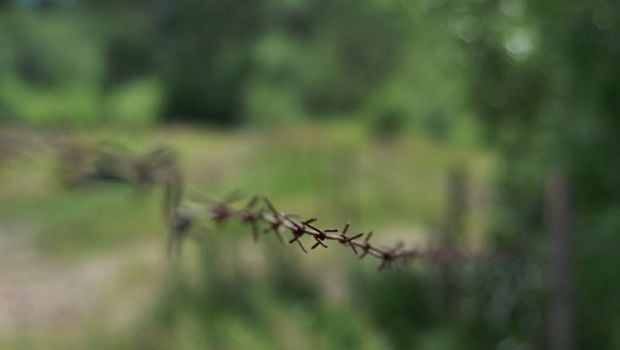 Part of Ukraine's border with Russia is under the control of anti-Kyiv militants / mischko.livejournal.com

The State Border Guard Service of Ukraine has no control over 298.5 kilometers of the state border with the Russian Federation, the deputy chief of the Eastern Regional Directorate of State Frontier Service, Serhiy Moskalenko, told an UNIAN correspondent.

Ukraine has accused Russia of allowing militants, arms and ammunition - as well as regular Russian troops - to cross the border into Ukraine freely, fueling the insurgency in the east of the country. Russian regular troops are thought to have entered Ukraine en masse in the last week of August, as Kyiv seemed to be on the verge of crushing the insurgency.

Within days of the suspected Russian military incursion, the Ukrainian army suffered serious battlefield defeats, and Kyiv negotiated a ceasefire on September 5. The militants have since regained much of the ground they had lost in July and August, and are continuing to attack Ukrainian army positions in the east of the country, in breach of the ceasefire agreement.

For its part, the Ukrainian government says its armed forces have been ordered not to attack militant positions, but to return fire if their own positions are fired on.