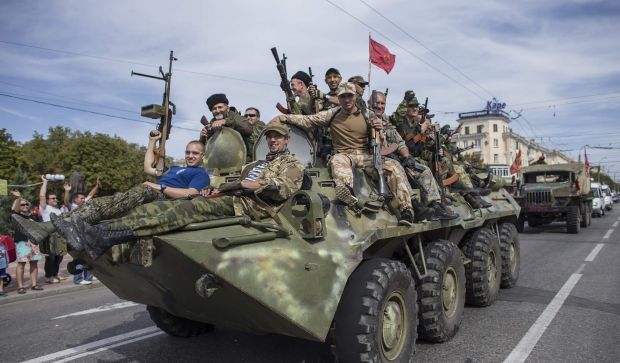 “The Donetsk terrorists accuse those from Luhansk of taking most of the resources for themselves,” he said.

According to the National Security and Defense Council, the number of clashes between militant groups is on the rise.

“There’s a definite trend of an increase in the clashes between illegal armed groups as they struggle for control over certain property complexes,” Lysenko said.

"In particular, the leaders of various DPR factions have stepped up their personal protection because they fear they will be physically eliminated by other gangs," Lysenko added.

He said that the confrontations between the militants had reached such an intensity that several groups formed of residents of Crimea were refusing to take part in further engagements and planned to leave the Donbas soon.

As noted on Thursday by the head of the Information Resistance Center of Military-Political Research, Dmytro Tymchuk, the insurgents are actively recruiting volunteers in the areas they control because they are short of manpower.