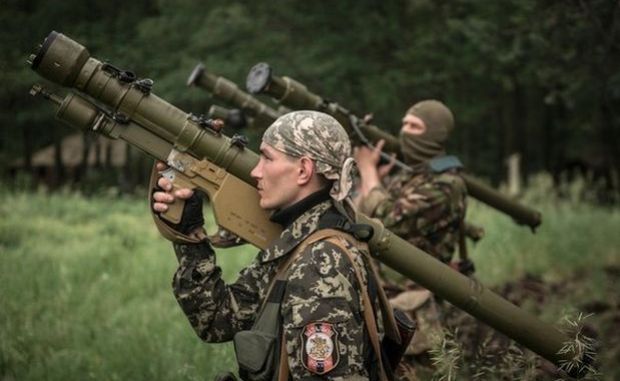 In Luhansk the situation at National Guard checkpoints on the Bakhmutka highway remains tense, as militants continue to attack in the area surrounding Shastya, TSN said.

The situation is also reported to be serious at Ukrainian positions at Bakhmutka, but according to the Ukrainian troops there last night passed quietly.

All the same, the region is still very unstable, with government forces and militants vying for control of territory in the area, TSN said.

According to local residents, there are worries that the militants will break through to areas closer to Lysychansk and Severodonetsk. People in the area expect “massive provocations” by the militants on the eve of the early parliament elections in Ukraine on October 26, said TSN.