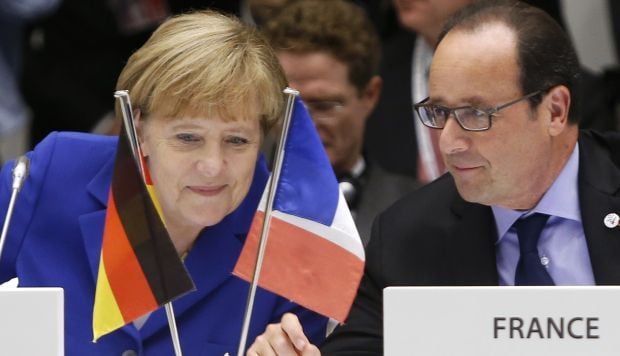 “Although some EU leaders believed some progress had been made, no breakthrough has been achieved as a result of the talks,” said German Chancellor Angela Merkel after the meeting.

At the same time, the President of the European Commission José Manuel Barroso said that the Ukrainian and Russian presidents had agreed to comply with the Minsk agreements in order to create trust between the parties involved.

“It was a good meeting, and it has been agreed to implement the Minsk Protocol,” Barroso said.

”The agreements of Minsk are essential to create trust between the parties involved.”

Barroso said that there were three issues that had to be addressed: the full implementation of the ceasefire deal, holding elections in the two conflict-hit regions in line with current Ukrainian law, and reestablishing control of Ukraine’s border with Russia. There will be other discussions on how to implement the agreements that have been reached, he said.

“We respect Ukraine’s independence and do not want to have a frozen conflict in Europe.,” Barroso said .

“We do not want to leave any doubt about it. This is important not only for Ukraine, but also for the whole of Europe and relations between the EU and Russia. That is why we expect that these agreements will be implemented.”

The Italian Prime Minister and current President of the European Commission Matteo Renzi said that Poroshenko had had a frank discussion with Putin on how to resolve the Donbass conflict.

“The meeting with the British, German, Italian and French heads of state and top EU officials is a step forward," Renzi said.

"Progress will not be achieved overnight, but I hope that in the hours, days and weeks to come we will reach a breakthrough in resolving the Ukraine crisis. We have stressed the importance of achieving a positive result as soon as possible.”

Russian President Vladimir Putin said the meeting had been good and positive.

“It should be noted that the Russian president made it clear that he did not want to have a new Transnistria on his hands, and that Donbas was an integral part of Ukraine,” said President of the European Council Herman Van Rompuy at the press conference that concluded the ASEM Summit.

For his part, Ukrainian President Petro Poroshenko said after the talks that he was "not too optimistic" about their resulting in a solution to the Ukraine crisis.