Having suffered heavy losses at the town of Smile in Luhansk region over the last two days, anti-Kyiv militants have stopped their attacks on the Ukrainian checkpoint there, National Security and Defense Council spokesman Andriy Lysenko told UNIAN at a briefing in Kyiv on Tuesday. 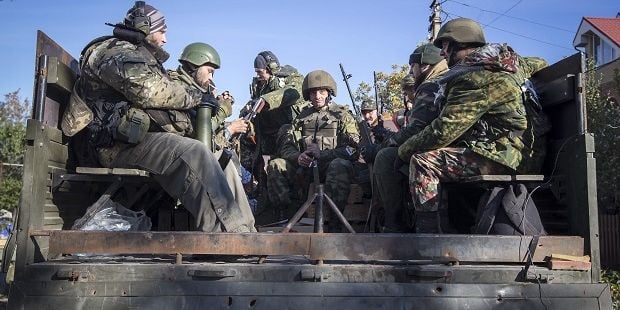 “The militants have suffered huge losses at the checkpoint in Smile over the past two days,” Lysenko said.

“They are now just looking for ways to harass the Ukrainian troops. They do not trust themselves to storm the checkpoint again, and are simply firing at it with small arms and mortars.”

As UNIAN reported earlier, ATO forces repelled a massive attack by insurgents near the village of Smile in Luhansk region yesterday.