The president met with Cabinet members on June 9. 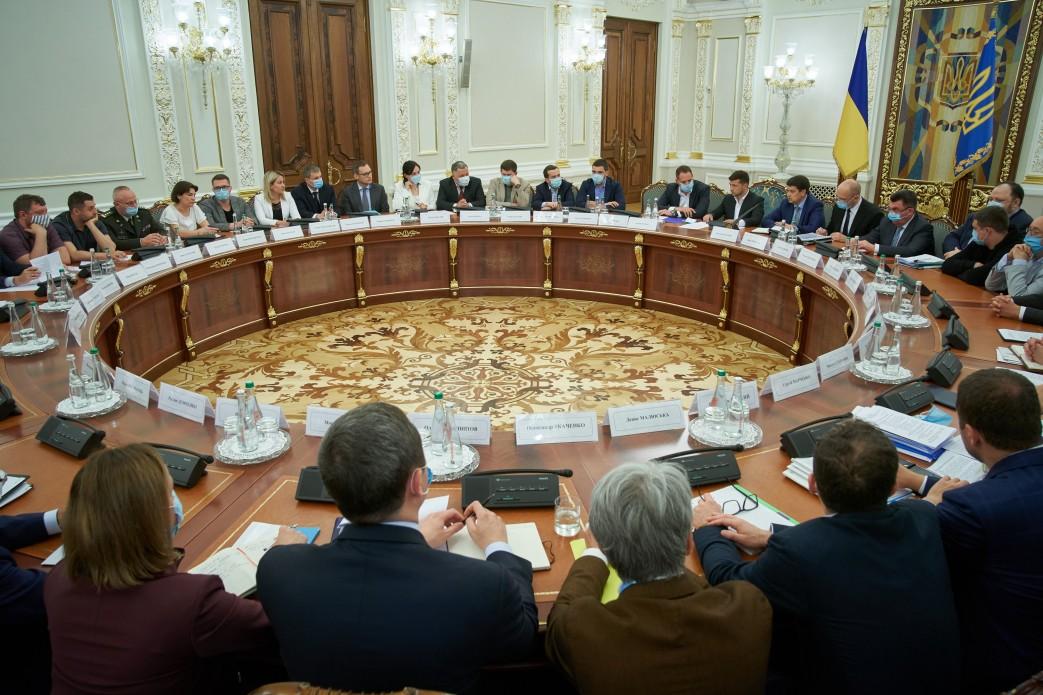 The parliament on June 4 sent the government's program for finalization / Photo from president.gov.ua

While meeting with Cabinet members, representatives of the parliamentary committees, and chiefs of law enforcement agencies on June 9, the president recalled that lawmakers had not backed the first version of the program, according to the presidential press service.

"The parliamentary committees had numerous comments and suggestions. A lot of criticism came from members of the Servant of the People [parliamentary faction]," he said. "The prime minister has informed that the government has carefully worked out all the constructive proposals and is ready to table program 2.0 in parliament this week."

Prime Minister Denys Shmyhal, in turn, said that the Cabinet would ask the parliament to consider the program on June 18-19 and support it.

According to him, the document was revised taking into account the proposals of all committees, tasks from the political programs of President Zelensky and the Servant of the People Party, as well as presidential decrees and remarks from the committees.

"This is a backbone document consisting of two sections. The first one is an anti-crisis section. The other features the government's long-term priorities. Each section coincides with the areas of strategy that exist in the ministries. Each section contains the expected results and indicators, as is the case for such a program," Shmyhal noted.