According to the presidential representative in the Constitutional Court, criminal liability for inaccurate declaration should definitely be from the point of view of legal regulation. 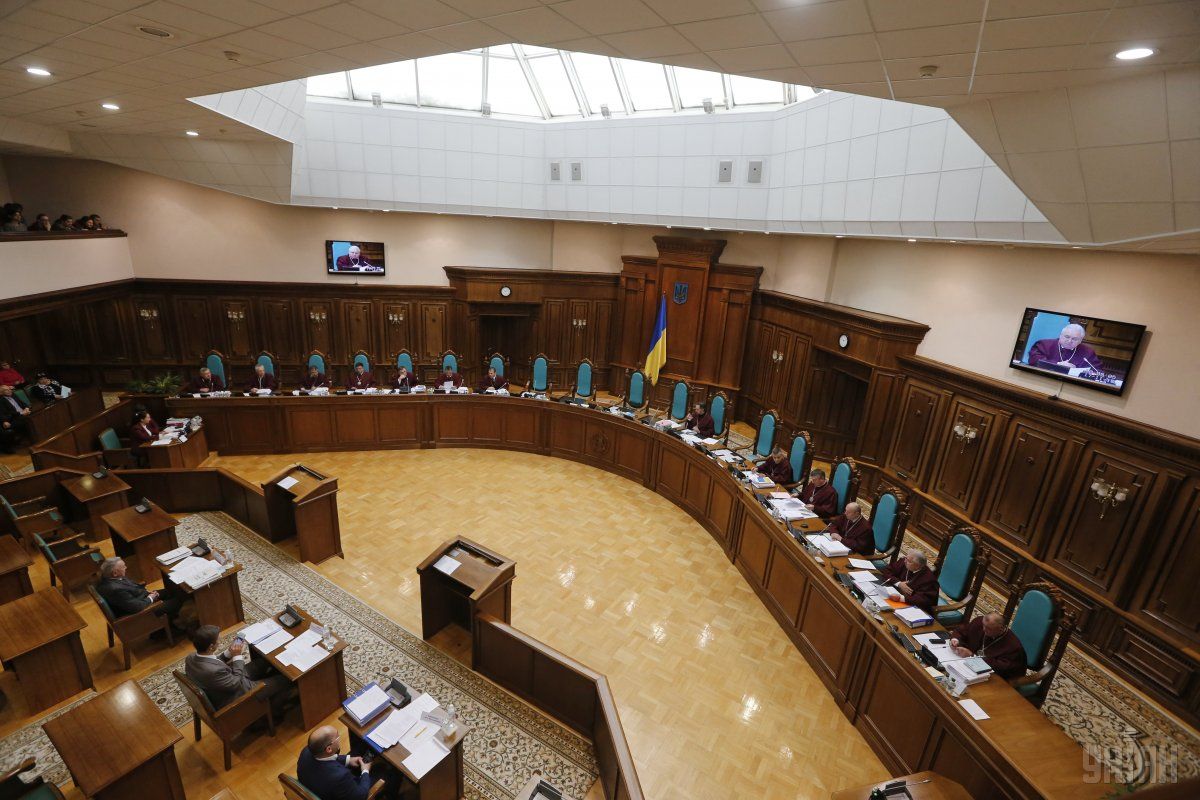 The Constitutional Court, when deciding to lift criminal liability for inaccurate declaration of assets (Article 366-1 of the Criminal Code), acted in violation of regulations and amid conflict of interest, the president's envoy to the CCU has told UNIAN.

"The court acted in conditions of an actual conflict of interest, since there is a criminal proceeding underway under this article against one of the judges and potentially criminal proceedings under this article are possible with regard to several more judges. The judges, obviously, acted in violation of restrictions established by law on actions in conditions of a conflict of interest and in violation of regulations of the Constitutional Court of Ukraine," said Fedir Venislavsky, President's Representative in the Constitutional Court.

According to Venislavsky, the corresponding article of the Criminal Code will lose force, and all criminal proceedings initiated on the said charges shall be terminated, as per the CCU ruling.

Venislavsky suggested that on the initiative of either the president or the people's deputies, a corresponding bill would be submitted to Parliament on reestablishing criminal liability for inaccurate declaration. But, he added, now the authorities need to wait for the publication of the CCU ruling to see the reasoning behind the move to rescind the Article from the Criminal Code.

If you see a spelling error on our site, select it and press Ctrl+Enter
Tags:ConstitutionalCourtassetdeclarations