The implementation of the deal is seen as a basis for economic integration into the EU. 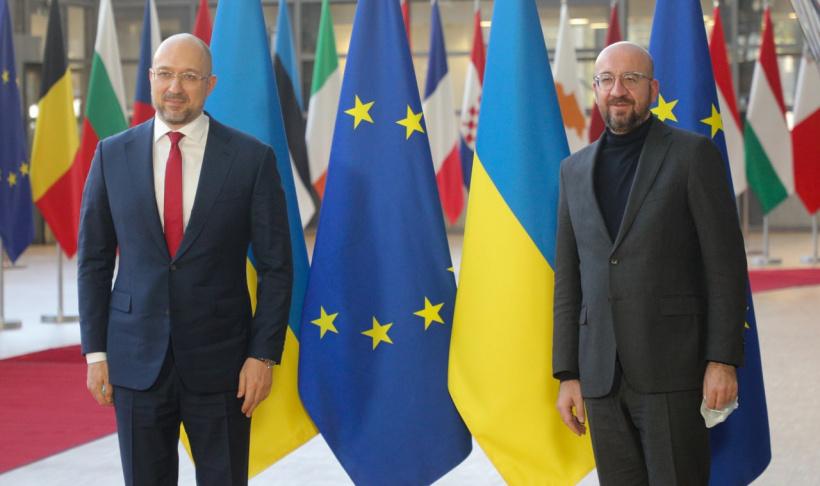 Ukraine is looking forward to agreeing with the European Union on a specific timeframe for a comprehensive review of achieving the objectives of the Association Agreement with the EU.

This was announced by Ukrainian Prime Minister Denys Shmyhal at a meeting with President of the European Council Charles Michel in Brussels, Belgium, on February 9, the Ukrainian government's press service said.

"We consider the Association Agreement to be a tool for Ukraine's integration into the EU, while the activities on its implementation [are seen] as a basis for bringing our economies and markets closer," Shmyhal said.

The prime minister noted that one of the top priorities of Ukraine is to start a dialogue on updating the parameters of the Deep and Comprehensive Free Trade Area (DCFTA) between Ukraine and the EU.

"This will promote the further development of bilateral trade, as well as strengthen the sectoral provisions of the Agreement," Shmyhal said.

He also noted the significance of starting a formal, focused dialogue with the EU on Ukraine's green transformation and harmonization of Ukrainian policy with the European Green Deal.

"Ukraine is committed to further integration of energy markets with the EU, implementation of energy reforms to meet the commitments to bring Ukrainian energy legislation in line with EU laws," he said.