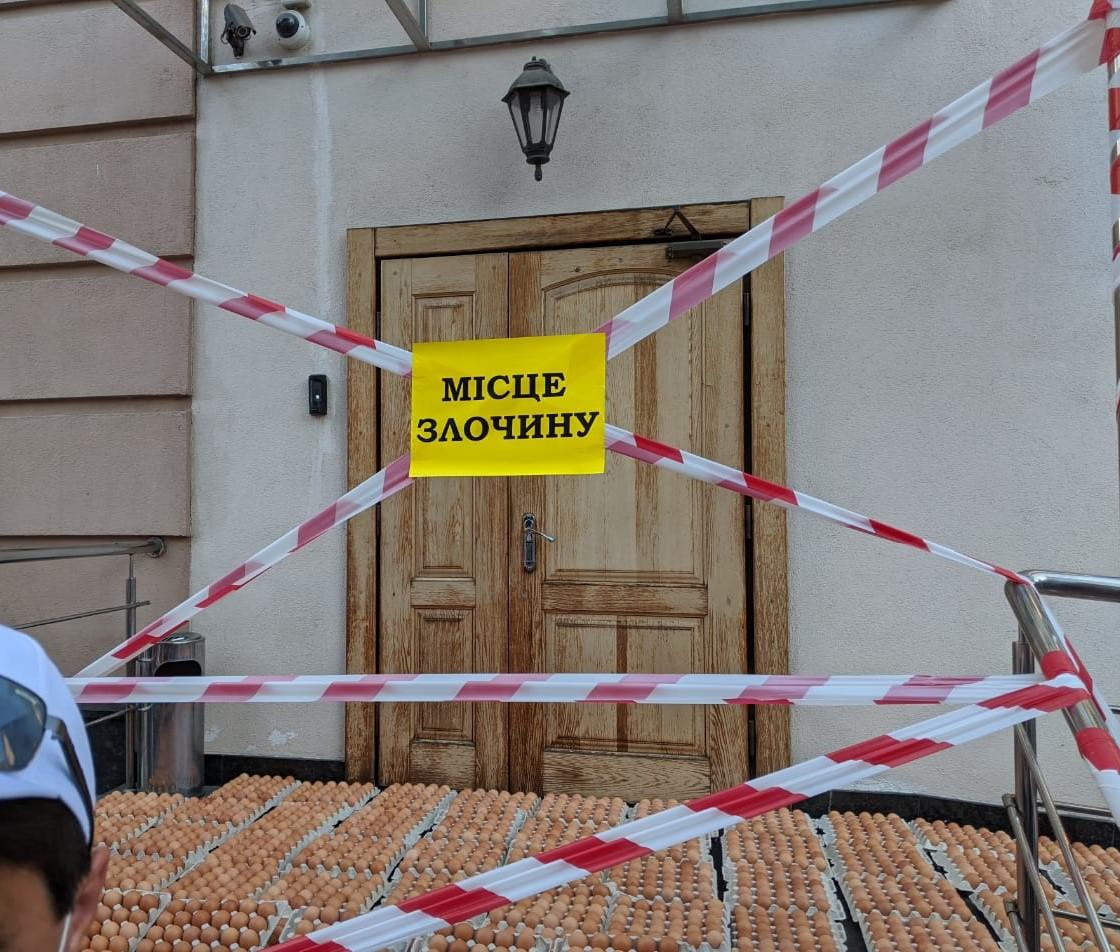 The morning at the Specialized Anti-corruption Prosecutor's Office (SAPO) began with a rally and blocking. Employees of the UkrLandFarming agricultural holding have been demanding for the second week already that prosecutors comply with the court ruling to close the case against company shareholder Oleg Bakhmatyuk.

It was last week that UkrLandFarming employees started an indefinite rally outside the SAPO's building with a demand to comply with the court ruling and close the illegal case against company owner Oleg Bakhmatyuk. Today, the rally began with non-violent blocking of the prosecutor's office premises: the entrance to the building was blocked by chicken eggs the agricultural holding produces.

Protesters say SAPO prosecutors are not working anyway: a month ago, on June 5 this year, Kyiv's Pechersk district court declared the resumption of the case against Oleg Bakhmatyuk by former Deputy Prosecutor General Vitaliy Kasko was illegal. This is about the decision to resume the criminal case on refinancing of VAB Bank, which had already been investigated before being shut down by a court ruling over the lack of corpus delicti. However, SAPO has not yet complied with the court ruling to close the unlawfully open case, which paralyzes the work of the agricultural holding employing 27,000 people.

In addition, an appeal to Chairman of the Verkhovna Rada Dmytro Razumkov has been posted on the company's website demanding that company representatives be allowed to attend a July 8 meeting of the Committee on Anti-Corruption Policy where the case will be considered.

As reported earlier, on June 25, the Office of the Prosecutor General complied with the judgment handed down by Kyiv's Pechersky district court, canceling the motion by the first deputy prosecutor general on the resumption of criminal proceedings related to the provision of a stabilization loan by the National Bank of Ukraine (NBU) to Oleg Bakhmatyuk's VAB Bank. The court ruling is final and not subject to appeal. Findings of examinations of the Deposit Guarantee Fund and statements by the NBU confirmed the loan funds had been spent for their intended purpose, i.e. they were received by bank depositors.