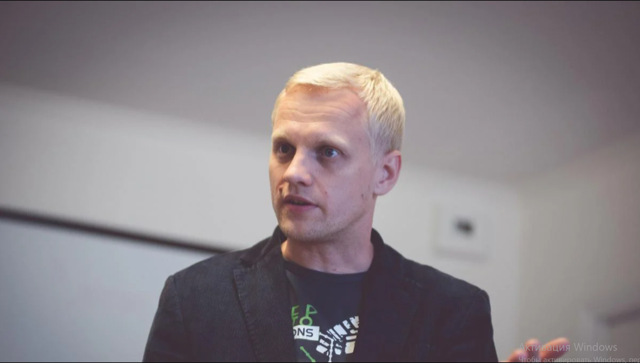 Oleg Bakhmatyuk's agricultural holding UkrLandFarming has responded to head of the Anticorruption Action Center (AntAC) Vitaliy Shabunin's comments on the businessman's offer to return UAH 8 billion (US$295.4 million at the current forex rate) in bank debts to the state.

This was reported by Ukrainian News.

In particular, AntAC head Vitaliy Shabunin, who is a suspect in the case of embezzlement of US$133 million in grant funds allocated for the treatment of patients with HIV/AIDS, tuberculosis and malaria, said on Channel 24 on April 21 that Oleg Bakhmatyuk's offer to settle the debt of VAB Bank and pay UAH 8 billion to the state would have been done under pressure from the investigation. "For example, the case of Bakhmatyuk, who is the ex-owner of VAB Bank and is hiding abroad. Now, when they have almost caught up with him, he's ready to return [UAH] 8 billion to the budget, just not to go to jail," Shabunin said.

"We would like to remind the person who is suspected of stealing patients' aid that the first time the offer to pay the state UAH 8 billion in the banks' debts stemming from the major banking crisis of 2014-2015 was made by Oleg Bakhmatyuk two years ago, when there was no prosecution brought by NABU [National Anti-corruption Bureau of Ukraine] against our shareholder," the agricultural holding said. "Therefore, such a statement is nothing more than a gross manipulation and common revenge of an ordinary corrupt official who is hiding behind the mask of a 'fighter against corruption.'"

It is worth mentioning that NABU Director Artem Sytnyk, who was fined for corruption, became one of the largest sources of budget income from the fight against corruption – 23.8% of such revenue was provided by Sytnyk's personal payment of the fine for corrupt actions. AntAC's founders, former members of NABU's Civil Oversight Council Vitaliy Shabunin and four-time convict Dmytro Sherembei, who are close to Artem Sytnyk, continue to claim that NABU is highly effective in its activities.