Ukraine's MFA: No information yet about whereabouts of Ukrainians detained in Belarus

Today the Ukrainian consul is visiting all detention centers in Minsk. 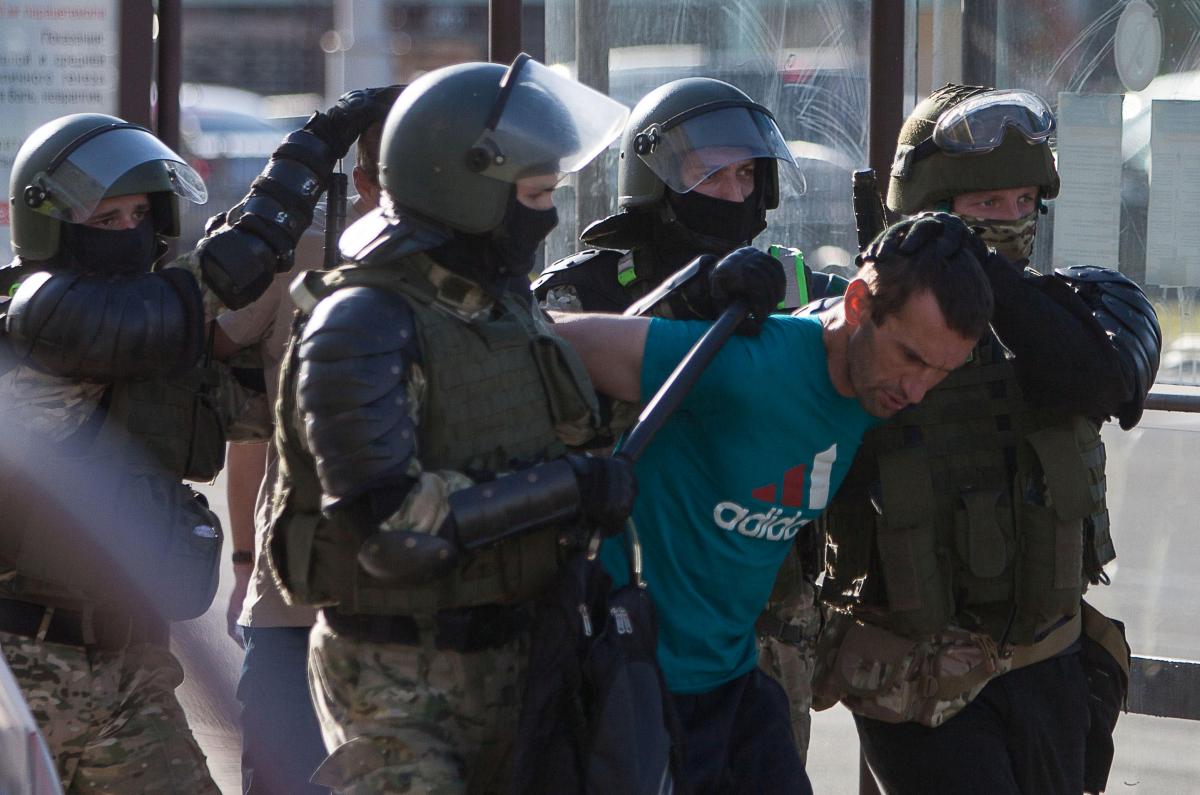 Ukraine's Foreign Minister Dmytro Kuleba says the Belarusian authorities have not yet provided the Ukrainian side with information about the whereabouts of the Ukrainian citizens detained in that country.

"We demand the immediate and unconditional release of those persons for their return to Ukraine," he said at a briefing on August 13, 2020.

According to Kuleba, it is known three citizens of Ukraine were detained in Belarus on August 12. These are Vostok [East] SOS human rights activists Kostiantyn Reutski and Yevhen Vasylyev, as well as Oksana Alioshyna.

On the minister's instructions, the Ukrainian Embassy sent two notes to the Belarusian Foreign Ministry, requesting information on all Ukrainian citizens who were detained from August 9 to August 12, as well as explanations why they were apprehended.

Kuleba said that, according to available information, Reutski and Vasylyev are facing charges of "mass riots," which provide from three to eight years in prison. Last night, searches were carried out at the place of temporary residence of the two Ukrainians in Minsk, during which investigators seized Reutski's computer, Vasylyev's Ukrainian passport, and other things.

Today the Ukrainian consul is visiting all detention centers in Minsk, but so far he has not obtained information about the Ukrainians, the minister added.

If you see a spelling error on our site, select it and press Ctrl+Enter
Tags:BelarusdetentionMFAUkraineKulebaUkrainiansreleaseProtests in Belarus