Blinken intends to underscore unwavering U.S. support for Ukraine's sovereignty and territorial integrity in the face of Russia's ongoing aggression. 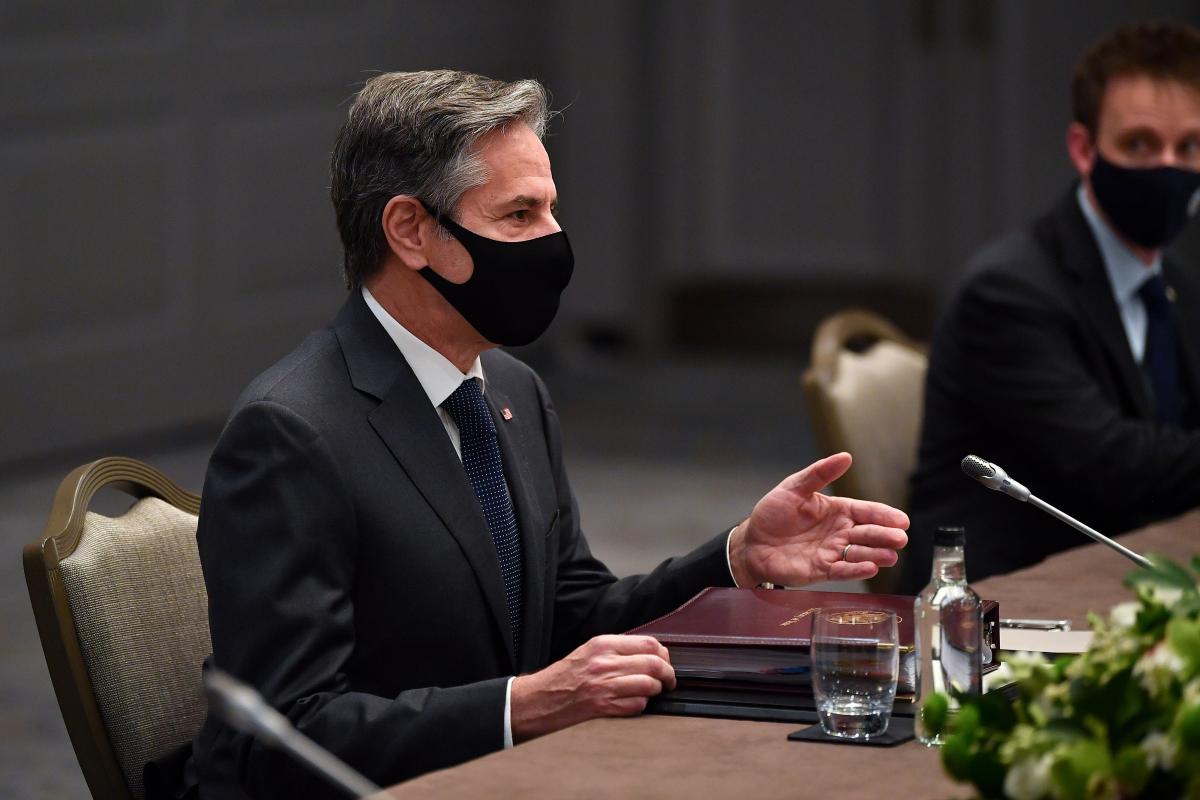 The U.S. Department of State has named the main goal of U.S. Secretary of State Antony Blinken's visit to Ukraine.

"Secretary Blinken will visit Kyiv, Ukraine on May 6, where he will meet with President Volodymyr Zelensky, Prime Minister Denys Shmyhal, and Minister of Foreign Affairs Dmytro Kuleba, to underscore unwavering U.S. support for Ukraine's sovereignty and territorial integrity in the face of Russia's ongoing aggression," the U.S. Department of State said in a press release on May 5, 2021.

The Secretary will also encourage progress on Ukraine's reform agenda, which is key to securing Ukraine's democratic institutions, economic prosperity, and Euro-Atlantic future.

Read alsoU.S. Secretary of State Blinken arrives in UkraineIn the context of U.S.-Ukraine relations, it is noted the United States strongly supports Ukraine's efforts to achieve its Euro-Atlantic aspirations and build a prosperous, secure, and democratic future for all Ukrainians.

As for the Russian aggression in Ukraine, it is stated the United States is deeply concerned about Russia's ongoing aggressive actions and rhetoric targeting Ukraine, including the increased Russian troop presence in occupied Crimea and around Ukraine's borders. The United States continues to monitor the situation closely and to coordinate with Ukrainian officials, Allies, and partners. "We commend Ukraine for its ongoing restraint and have made clear in our engagement with Moscow that Russia needs to refrain from escalatory actions."

It is also stressed Crimea and Donbas are the integral parts of Ukraine. "The United States does not, nor will we ever, recognize Russia's purported annexation of the Crimean Peninsula. We call on Russia to return full control of the peninsula to Ukraine," the report says.

Russia must uphold its commitments under the Minsk agreements and work in good faith to end the conflict in eastern Ukraine and restore Ukrainian sovereignty, the U.S. Department of State said.

Read alsoBlinken, Le Drian and Maas declare support for Ukraine in face of Russian aggressionIn the context of reforms, it is noted that building institutions with integrity and ensuring accountable governance in both state institutions and in the corporate sector is the key to Ukraine achieving its Euro-Atlantic aspirations and building a prosperous, secure, and democratic future.

The United States stands with Ukraine as it continues to fight corruption and to advance its rule of law and judicial reform agenda, reads the reports.

As for the assistance, it is emphasized that since 2014, the United States has provided Ukraine more than $4.6 billion in total assistance, including security and non-security assistance.