Ex-chief of presidential office Bohdan comments on own dismissal

According to Bohdan, Zelensky is more emotional than pragmatic. 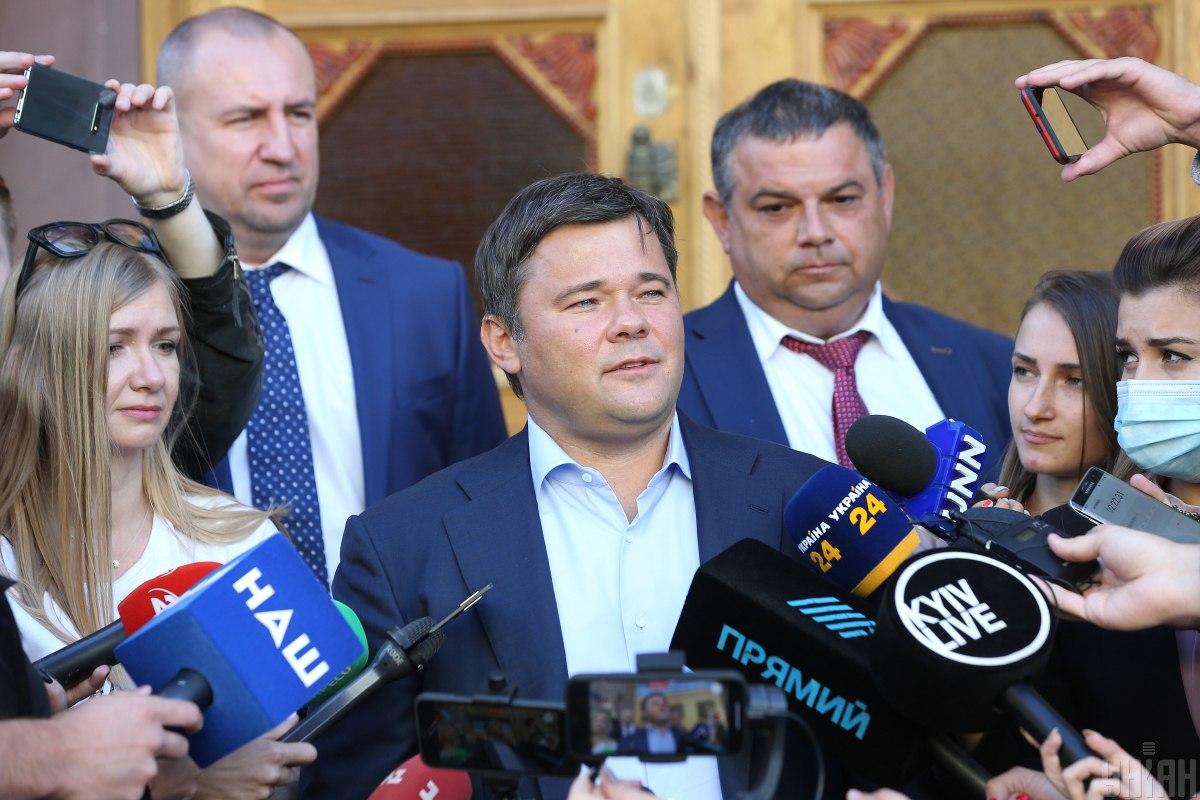 Ukrainian President Volodymyr Zelensky's ex-chief of staff Andriy Bohdan has elaborated on the reason for his dismissal.

In an interview with Russian journalist Ksenia Sobchak, he said the main reason was the loss of "mutual trust" with President Volodymyr Zelensky.

"At a certain point, Volodymyr Oleksandrovych decided that he was set to walk a certain path. We had to part ways."

To a clarifying question on how Zelensky's path differed from his, Bohdan said: "Probably, I always tried to predict what a certain step would lead to. I tried to switch off emotion and be more pragmatic. Volodymyr Oleksandrovych, in my opinion, is more emotional than pragmatic. I don't see any planning of an action echelon."

Read alsoSBI questions ex-chief of presidential office Andriy BohdanBohdan added that many wanted him out of the top post in the Office.

"This move had plenty of beneficiaries. I won't hide the fact that I was also uncomfortable working there. For me, being fired was a kind of deliverance. You join the civil service for a purpose. Someone is interested in power for the sake of power, some go there to get rich, while some seek to gain fame. For me, it was an opportunity to build something new and cool, to make a fairytale come true. But when I realized that this was no longer possible, that I wasn't heard, I couldn't get through," he said.

Bohdan was appointed to the post on May 21, 2019. Prior to that, he had since 2015 served as a personal lawyer to Ukrainian businessman Ihor Kolomoisky.

After the dismissal, Bohdan has been publicly criticizing Zelensky's policies.

If you see a spelling error on our site, select it and press Ctrl+Enter
Tags:ZelenskyAndriyBohdan