Ministers Kryklii, Petrashko asked to step down by President – media

Both agreed with the head of state and filed the relevant resignation letters, while health chief Stepanov refused. 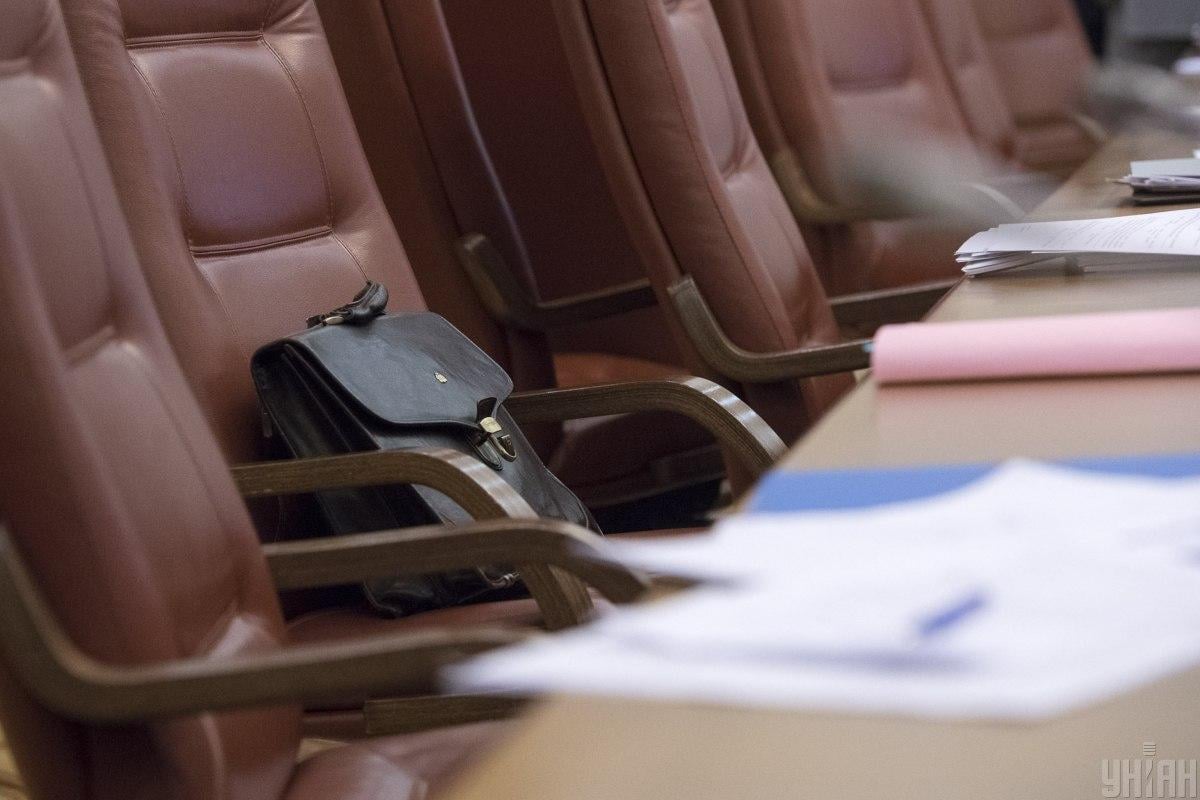 According to the RBC Ukraine, on Friday, May 14, Zelensky invited three ministers to his office, asking them to quit government jobs. The two agreed without wrangling, and by the evening Kryklii and Petrashko's resignation letters were submitted to Parliament.

"The Ministry for Development of Economy, Trade, and Agriculture saw a certain deficit of initiatives, including in the protection of Ukrainian industry and entrepreneurs during coronacrisis. There were also complaints from lawmakers regarding insufficient communication with the Ministry," said Mykhailo Podoliak, the advisor to the President's Office chief on anticrisis communications.

Deputy chief of the Servant of the People faction, Yevhenia Kravchuk, noted that the deputies saw no breakthrough ideas from Petrashko that are required to boost the economy. Now the current head of the State Tax Service, Oleksiy Lyubchenko, is tipped for the post.

Kryklii was one of the few ministers to keep his seat following the latest government purge last spring. The President's Office believes that during Kryklii's rule, the Ministry of Infrastructure made "mistakes in the managing the industry," including in the field of railway transport. According to Podoliak, "scandals related to the ministry" are also among the negative factors seen on Bankova.

"We need a more systemic approach to the ministry's work. Of course, it should be borne in mind that all ministers have been working in extremely difficult conditions. The government as a whole managed to do a lot to protect the public and the Ukrainian economy from the negative impact of coronacrisis. But we need to revitalize certain processes, make the work of our ministries more proactive," said the advisor to the head of the President's Office.

Read alsoTwo ministers file resignation letters – Rada chair's spoxAccording to another source, the deputy head of the President's Office, Kyrylo Tymoshenko, who is known to have far from the smoothest relations with the minister, may be involved in the stepdown. In addition, he had complicated relations with members of the Rada's infrastructure committee. The Cabinet is going to propose Ukravtodor road management agency CEO Oleksandr Kubrakov to replace Kryklii.

"We are unequivocally grateful to both Kryklii and Petrashko for working at the time of the pandemic and the economic decline. But now it's very important for us to focus on economic growth. This requires more than just managers in a specific area. It's logical that people are invited to these positions, who have already won acclaim. Kubrakov and Lyubchenko should strengthen the government team," said Yevhenia Kravchuk.

The third minister, who was summoned to the president on Friday, was health chief Maksym Stepanov, sources say. However, unlike Petrashko and Kryklii, he refused to write a resignation letter as he clearly doesn't want to quit. At the same time, he asked the president to think the issue over until 19:00 Friday. However, instead of providing a response, the minister took to a TV panel show to say he had not, in fact, written any letters. Ten minutes on, the Verkhovna Rada received for approval a motion filed by the government head to dismiss the health minister.

One of the high-profile sources in the mono-majority told reporters of an alleged agreement made that Stepanov would offer "at least some response."

"No answer came, so the prime minister submitted a motion. And now he can say that it makes no sense for him to write a letter of resignation because everything has already been done without his participation. But it is one thing for the deputies when he himself would like to quit, and another thing when he's about to be fired. This story with the stepdown has been dragging on since late April. Stepanov has just been trying to dodge it. It's the third time, too," the source said.

According to the outlet, for the first time the issue of Stepanov's dismissal emerged in November 2020 in the wake of poor statistics on the COVID-19 incidence. The second time was when the vaccination campaign failed to kick off on the promised date and the first vaccine deliveries were delayed.

The President's Office, however, decided to give the minister another chance, the report reads.

For the third time, the threat of resignation loomed over the minister ahead of the May holidays. Despite the fact many signatures has been collected to support the move, the vote never happened as the ruling Servant of the People faction didn't dare leave the critically important health ministry without a full-fledged chief ahead of the May holidays, thus postponing the issue, according to an informed source.

On Friday, May 14, Ihor Petrashko and Vladyslav Kryklii – ministers of economy and infrastructure, respectively, filed resignation letters for Parliament approval.

The Cabinet reshuffle is scheduled to be considered on Tuesday, May 18, at the Verkhovna Rada's extraordinary meeting.

Monday afternoon, a meeting of the Servant of the People faction is expected to look into the new candidates for the relevant posts.