Call with Merkel: Putin presses for "direct dialogue" between Ukraine and Russia's proxies 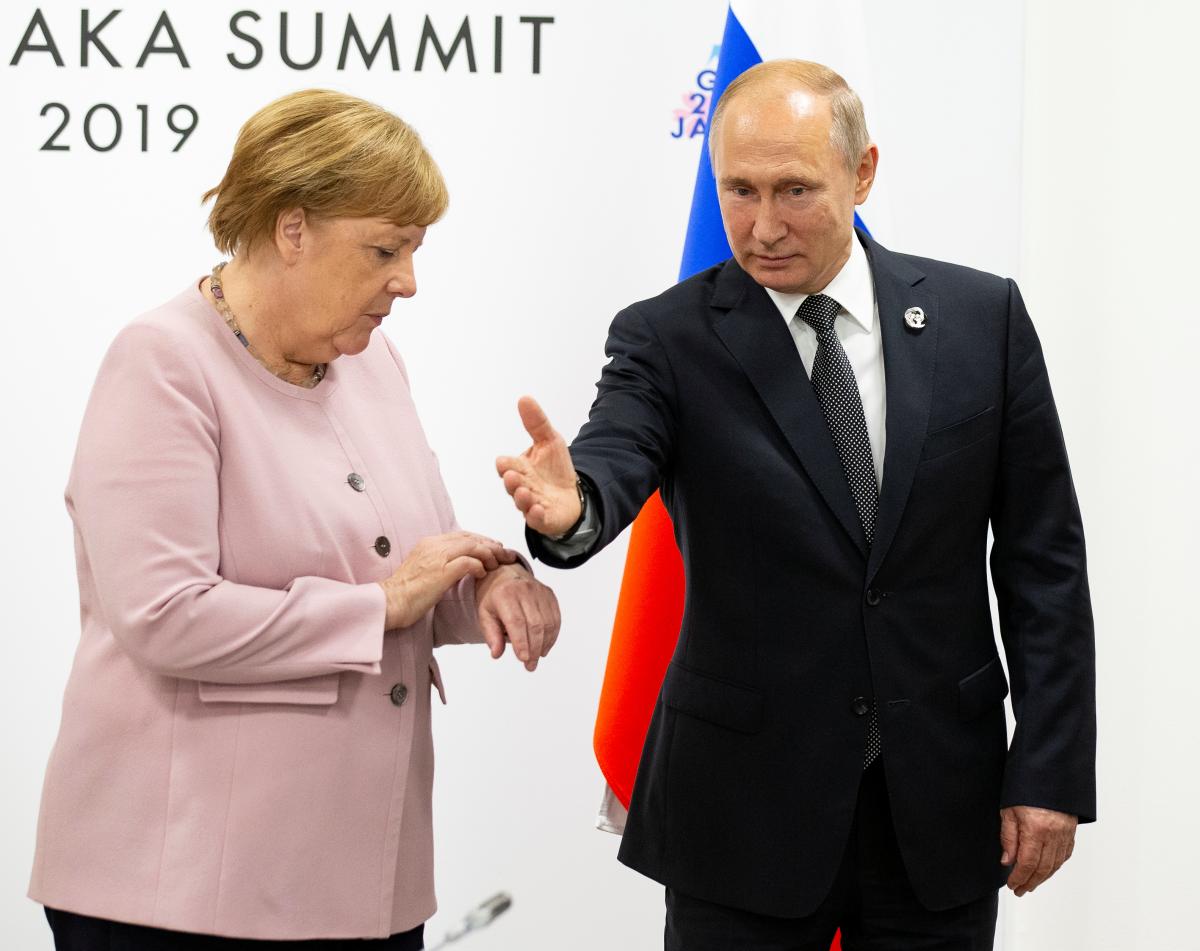 Russian President Vladimir Putin has held a phone call with German Chancellor Angela Merkel during which he "emphasized the relevance of establishing a direct dialogue" between Kyiv and Russia's proxies.

The two leaders continued to exchange views on the state of affairs in Donbas and "expressed concern about the lack of progress in implementing the 2015 Minsk agreements and the decisions taken following the Normandy summit in Paris in 2019. The importance of stepping up the negotiation process in the Contact Group and in the Normandy format was noted. The Russian President again emphasized the relevance of establishing a direct dialogue between Kyiv and the republics of Donetsk and Luhansk, aimed at, among other things, agreeing on steps for the consistent implementation of the Minsk Package of Measures," the Kremlin's press service said in a readout.

As UNIAN reported earlier, Merkel had a phone call with Ukrainian President Volodymyr Zelensky on May 5.

During the conversation she pledged to support the changes initiated by Ukraine in the work of the Trilateral Contact Group to resolve the situation in Donbas, the east of Ukraine, Zelensky's press service said then.

The Ukrainian president also updated the German Chancellor on the then security situation in Donbas, noting problems that required increased attention from international partners.

If you see a spelling error on our site, select it and press Ctrl+Enter
Tags:RussiaDonbasPutinMerkelPutinAtWarMinskAgreementsDonbasWar